Pay Someone To Do My Nuclear Engineering Homework

Hire a nuclear engineer cheap to do your homework

How do I pay for nuclear engineering homework help from real experts?

Fill in the order form

Pay Securely & Get an A

Grade Guarantee A or B!

What is nuclear engineering?

Have you ever thought about nuclear missiles, aircraft carriers, submarines, or how nuclear energy is produced? Then nuclear engineering is the field you should pursue. Nuclear engineering is a field that focuses on the application of science and nuclear energy in radioisotopes, fusion, and fission reactors. Nuclear engineers design advanced nuclear power systems, design, construct, and operate nuclear fission and fusion reactors, and apply radioisotopes in research centers, medicine, and nuclear industries. In the United States, for instance, there are more than 100 nuclear power plants that use nuclear fission to produce around 22% of the electricity used countrywide. Apart from being used to produce electricity, nuclear reactors are also used in the propulsion of aircraft carriers and submarines.

Working in multi-disciplinary teams, nuclear engineers design, operate or decommission nuclear power plants. As a nuclear engineer, you can either be designing new systems, maintaining the existing ones, or doing research on various ways that can be used to enhance the sustainability, stability, and efficiency of nuclear power plants. Decommissioning (shutting down) facilities requires adequate knowledge and expertise in nuclear engineering. It involves the planning and implementation of safety measures for the transport, storage, and disposal of radioactive elements used in nuclear plants.

What does a nuclear engineer do?

Nuclear engineers perform a wide range of tasks in the nuclear sector, producing nuclear energy for domestic and business use. Their duties include:

Some specialties in nuclear engineering include:

Nuclear engineering is a technical field that requires a strong background in knowledge in physics, mathematics, chemistry, and environmental science. A deep understanding of radioactivity is also important. In most institutions, it’s offered as a post-graduate course for students who have pursued science subject and engineering course such as:

Some areas of emphasis in nuclear engineering include:

Every specialization area in nuclear engineering has a high demand in the job market. Working with cutting-edge technologies, nuclear engineers can work for industries such as:

In medicine, nuclear treatments such as radioactive drugs are used to kill cancerous cells and tumors. Nuclear techniques are applied in medical imaging to assess and diagnose diseases such as epilepsy, cancer, Alzheimer’s, and heart disease accurately. Nuclear engineers can work in radiation therapy, the production of radioactive isotopes for medicines, or radiology.

Nuclear engineers develop nuclear weapons and cutting-edge technologies to combat nuclear terrorism and to prevent nuclear materials from getting into the wrong hands. The engineers design advanced radiation detectors to monitor nuclear materials. The detectors are mainly deployed in border crossings, seaports, and airports to identify any potential materials that can be used to make nuclear weapons.

They also design radiation imagers that can detect and pinpoint the location of radioactive materials. This technology is used to counter nuclear threats before they occur.

Apart from being used by security agencies to identify nuclear materials, radiation detectors are also used to detect naturally occurring radiations. These radiations might come from rock formations, radon gas, or from a damaged nuclear plant.

Nuclear fusion is applied in the production of helium and hot plasma. Nuclear engineers are involved in the development of sophisticated reactors to make nuclear fusion faster, more efficient, and productive. 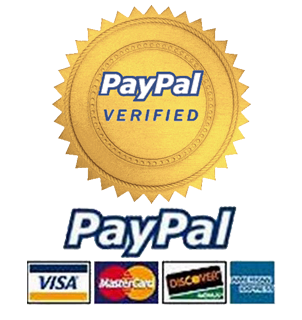 Hire someone to do your nuclear engineering writing projects online