Get Better Grades In Mathematics By Hiring Top Tutors

Did you know that you can boost your math grades by hiring a math expert to help you complete your math homework, entire course, or even help you do your math exam? Tutlance is the largest marketplace where you can get help at very affordable rates.

Why are mathematical models important?

How to make a mathematical model

Do My Math Homework Now 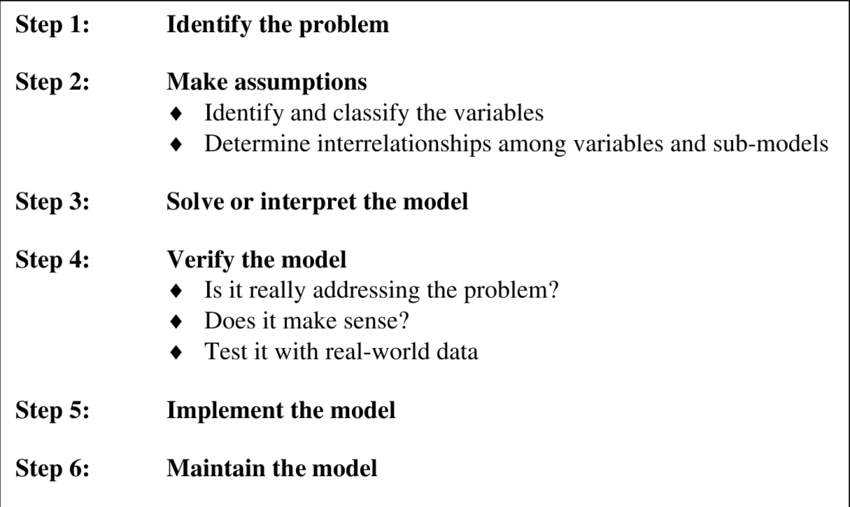 What is a mathematical model?

A mathematical model is a system of equations describing how one or more objects interact. Mathematical models are used across physical, biological, and social sciences to make predictions about the future of natural systems like the climate or human society.

There are three general types of mathematical modeling: deterministic (or mechanical), statistical, and stochastic – each with its own set of strengths and weaknesses.

A deterministic model is one where every step follows from previous steps in accordance with fixed laws, rules, or relationships; meteorological forecasting an example of this.

A stochastic model is one where the outcome depends on probability rather than certainty; a good example being predicting future climate change.

Statistical models are somewhere in between, and allow for uncertainty by using only partial information or methods which require simplifying assumptions.

The processes used to create these models differ greatly as well – deterministic modeling is often conducted with computer simulations programmed around equations, but statistical and stochastic models tend to rely more heavily on observational data.

Why are mathematical models important?

Math models, help scientists from many fields better understand phenomena by making it possible to predict trends in their data.

A good example can be found with weather modeling – before computers were so powerful that they could produce instantaneous simulations year-round, meteorologists relied on statistical averages of historical weather observations over relatively short periods of time (typically decades) to create what we refer to as “climate normals” today – averages that give us a useful idea of what ‘typical’ expected ranges of temperatures and weather events should be for a given location.

Weather models are also important because they help us understand the underlying processes that affect weather today, so that we can better adapt to our changing world. These models are only as good as the data you feed them, but the more information we have about past or present conditions, the better off we’ll be in predicting future ones.

Scientists use mathematical models to understand complex phenomena that may be difficult or even impossible to observe directly. For example, in physics and chemistry, scientists use models to simulate how atoms interact under different circumstances. Models are also used to understand the complex interactions of living things – including plants, animals, and people. A classic example is a model using an equation known as Verhulst logistic equation that helps describe predator-prey population dynamics.

On a much larger scale, mathematical modeling can help us understand weather patterns and climate change on a global level. Meteorological models form the basis for all weather forecasting – not just what will happen tomorrow or next week but even whether it will rain over the next century! While statistical models are less precise, they still give us an idea of how climate is changing.

Mathematical modeling can even help us understand the spread of disease and epidemics. Some scientists have created mathematical models to analyze the long-term effects of diseases that were introduced by European settlers in North America upon native populations thousands of years ago.

These models are based on historical data about population size, life spans, birth rates, and death rates – information from archaeological sources like burial grounds which in many cases can be hundreds or even thousands of years old.

The more detailed these models are, the better we can predict future trends in health outcomes for people living today. And as you might already know, good predictions here allow us to take appropriate action sooner rather than later.

After all, mathematics is the language of nature – and mathematical models give us a way to speak it!

Find a Tutor
Do My Math Homework For Me

Pay Someone To Do My Math Homework