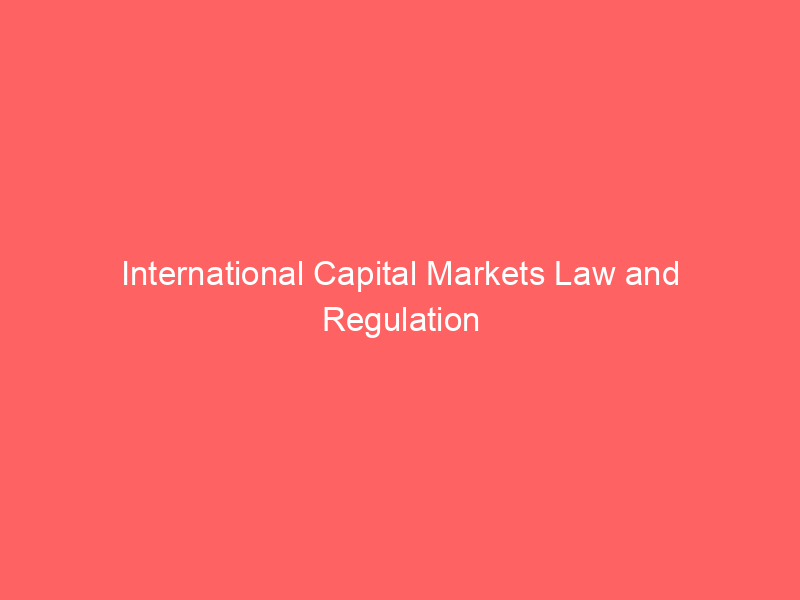 The Basel Accords are the banking regulation and supervision accords that are issued by the Basel Committee on Banking Supervision. Currently, there are three such accords, coming in the order of Basel I, Basel II and Basel III. After the Bretton Woods Institution collapsed, many large and international banks around the world incurred heavy foreign currency losses. Responding to these financial disruptions in the international market, central bank governors of G 10 countries established the Committee on Banking Regulations and Supervisory Practices in 1974. The Committee was later renamed the Basel Committee on Banking Supervision to provide a forum for cooperation among member countries in banking regulation and supervisory matters. In the accords, the committee has published standards for members to implement as resilience in the global banking system and promote confidence in internationally active banks.[1]

Before 1990s, the financial soundness of the firm was basically measured by the leverage ratio. However, one cannot clearly ascertain the level of risks in assets, because with the passage of time, risks attached to assets are more likely to increase. When risks against the assets increase, the bank will fail to be financially sound. The Basel I thus focused primarily on credit risks and asset risk-weighting. Banks had to classify their assets into five categories according to their levels of risks. The percentages of risks levels (from 0% to 100%) were to be assigned to debtors abilities regarding debt payment. Financial institutions were required to hold a minimum capital represented by 8% of the weighted risk. For instance, if the bank expected a risk level of 20% on a certain weighted asset, it was required to hold 1.6% of capital amount to represent the risk in the weighted asset. Measurement of risk was performed by the following equation:

Post Basel I analyses indicated that many banking institutions at both international and domestic scope adopted and implemented the recommendations. Banks themselves would go further to employ personnel with superior techniques for the purpose of improving their internal capital economic measures and risk management. In this way, risk measurements and management in the banking industry significantly improved. However, after ten years, the banking industry experienced changes in operation and market environments, despite asset credit risks. The Accord had not considered risks of operational nature.[2] As businesses expanded overseas, merged with others and adopted newer technologies, it became evident that there were substantial risks in their operations. Market risks emanated from the fact that the banking system began experiencing complex innovations in financial instruments. Moreover, although some assets could be assigned same risk weights, their credit qualities could differ in the market.[3]

After insights into the aforementioned weaknesses in Basel I, the Committee decided to make more changes to make the measure of risk-based capital more risk sensitive. It was thus to deal with all kinds of risks that the banking firm could face: credit risks, operational risks and market risks. Despite the requirement that the firm holds 8% of capital for assets whose credits are risky, the banking firm is also supposed to take into consideration, with same percentage measures, amounts of capital for operational and market risks.[4] Apparently, the Basel II framework is more complex than the Basel I framework. It is performed as:

Different from Basel I accord which applies the same framework of measuring credit risk to all banks, the Basel II framework has provided three options for credit risk measurement. This is also the case with operational risk which has three options for measurement. Supervisors are usually encouraged to elect approaches that go well with the firm’s ability to measure risks in credits and operations. Firms that are more exposed to risks are required to adopt options that are more risk sensitive. Large and well-resourced banks are expected to elect advanced risk measurement options. The Basel II framework expanded on its predecessor about how banks are supposed to hold adequate capital against risks.[5] The rules of the framework continue to be adopted by banks in different countries. The framework gave regulators and supervisors more risk sensitive tools for assessing risks in banking industry. Nonetheless, by requiring both on-balance and off-balance sheet assets to be disclosed, the Basel II instilled discipline in the financial market. There have been ongoing debates about whether small and medium banks that do not transact internationally should adopt the Basel II framework in measuring and managing risks.[6] Some banking entities have argued that implementing the Basel II framework is much expensive, reduces competitive equity and does not account well on how operational risks have to be treated. Given that the Global Financial Crisis of 2008 occurred when the Basel II framework was being implemented, experts have argued that the crisis demonstrated that framework was weak.[7]

In this regard, it requires that as capital requirements; as leverage ratio, where total exposure amount of all assets exposed to risk;, as the required liquidity coverage ratio.[9]

The Basel III recommendations are being widely adopted in Europe and America, with some countries imposing tougher versions as economic resilience for financial crisis. By avoiding financial stress, maintaining healthier amounts of true equity and having sufficient liquid assets, the firm can meet its financial obligations within 30 days.[10] However, by the fact that the Basel III still considers asset risk weighting by rating institutions, managements can easily collude with raters to attract lenders and investors. Banks such as Citigroup have been brought to knees due to the fact that they were poorly rated at AAA, when they had pools of loan debts that were not risk free. [11]

International Monetary Fund (IMF) is an international financial organization that works closely with 188 member states to encourage global monetary cooperation, facilitate international trade, secure financial stability, reduce poverty and promote high employment and stable economic growths. IMF and the World Bank are the two global institutions that were formed in 1944 during the Bretton Woods Conference, though the former formally came into existence in 1945. At its formation, the Fund’s Articles of Agreement were ratified by 27 countries. Member countries grew to 39 in the year 1946. The Fund began its financial operations in 1947, with France becoming the first country to borrow funds. IMF continued to be one of the key organizations at the international economic scene, aiding members to maximize economic sovereignty, rebuilding and balancing international capitalism and embedding economic liberalism in the world. Its importance and influence on the world scene rose when previously colonized states and those under the USSR joined it. The Bretton Woods institution continued to prevail until 1971 when the convertibility of the US dollar into gold was suspended by the Nixon government. Member countries have been contributing funds to the IMF’s financial pool for any member country that experiences difficulties in balance of payment to borrow the money.[12]

IMF has been in the forefront to help member states in managing domestic capital stability. It has been providing technical assistance regarding cross border capital flows to ensure healthy international financial system. According to Article IV of the Fund, its surveillances have been intended to predict and prevent crises.[14] After the collapse of Bretton Woods’s, the Fund introduced the Special Drawing Rights (SDR) to supplement the shortfall of gold and the US dollar as the preferred foreign exchange reserve assets.[15] Though not a currency per se, the SDR (XDR) is used as a unit of account for assets (member currencies) held by the IMF. Given that the SDR currency is calculated basing on the basket of major internationally traded currencies, capital borrowed inform of SDR allocations to member states is expected to remain stable for a reasonable period. In this way, the SDR allocations reduce risk associated with financial markets on capital borrowed from the fund by member states. Since the SDR is not a currency per se, it must be converted into other currencies for use. During year 2010, the fund had a total Special Drawing Rights (SDR) reserve of SDR 476.8 billion. Allocations of the SDR currency were largely witnessed during and after the 2007/ 2008 financial crisis when developing countries and some developed countries sought bailout assistances. Sometimes the IMF currency has replaced the dollar when the latter becomes weak or unsuitable as a measure of reserve value.[16]

The Interbank lending market is the market that involves banks that extend loans amongst themselves according to specified terms and conditions. Most banks extend loans that mature after one week or less, though the majority prefers overnight lending. Such banks lend on interbank rates, or overnight rates if the lending is overnight. Banks that face reduced liquid assets such as cash may experience difficulties in potential bank runs by customers. Such banks have to borrow from those that have excess liquid assets to cover their shortfalls.[17] Moreover, they have to borrow to satisfy regulators on minimum reserve requirements. Interbank’s rates are published by institutions of monetary associations or federations: Euribor rates by European Banking Federation, LIBOR rates by British Bankers Association UK and Federal funds rates by US Federal Open Market Committee. Key players in interbank money market are banks. Others are markets such as Eurodollar market and International Banking Facilities (US). Nonetheless, central banks such as US Fed are needed as regulators.[18]

Interbank lending has been useful in supporting fractional reserve banking model. The banks have been lending liquid assets to other banks in distress to cover shortfalls in their minimum reserve requirements. They have been immediate source of funds for major banks; in this way, they have been funding long term liquidity risks in projects that require long term use of cash assets. The banks in the interbank networks have been pertinent in transmitting policies of central banks. They would refrain from lending if interest rates are decreased. Interbank lending rates have been used as benchmarks of efficient functioning of the financial market system.

Strains in the interbank lending were noted as the major cause of the 2007/ 2008 financial crisis. Due to information asymmetry, banks involved in counterparty risks of high degrees by lending unsecured funds. Many banks were in processes of devaluing their mortgages and special purpose vehicles, because house prices were tremendously falling. Banks that devalued their assets experienced strains in paying back borrowed funds. This led to unsecure market for interbank lending.[19] Another possible explanation of the role of interbank lending market in the global financial crisis has been liquidity hoarding. Some banks hoarded their excess liquid assets in anticipations of liquidity shortage in future. This explains why many banks experienced liquid asset shortage.[20] Those banks that involved in wholesale lending had horded their cash and borrower banks could not access source of lending to cover their shortages. When big banks such as the BNP Paribas, Bear Stearns and Lehman Brothers began facing financial difficulties and eventual filing for bankruptcy, the situation became more exacerbated.[21] More and more financially sound banks began rationing credit lending. In the banking system, it is easy for a financial crisis to spread among institutions in the interbank lending network. When such a crisis becomes large-scale, to affect the entire system, there can be a systemic financial failure.[22]

Lombardi, Domenico and Woods, Ngaire, ‘The Politics of Influence: An Analysis of IMF Surveillance'(2008)15(5) Review of International Political Economy 711.

Loxley, John, ‘Reflections on Change and Continuity at the IMF’ (2011) 32(3) Canadian Journal of Development Studies 223.

Mishkin, Frederic S., Over The Cliff: From the Subprime to the Global Financial Crisis (2011) 25(1)Journal of Economic Perspectives, American Economic Association 49.

Rochet, Jean-Charles, Why Are There So Many Banking Crises?: The Politics and Policy of Bank Regulation( Princeton: Princeton University Press, 2008) 126.