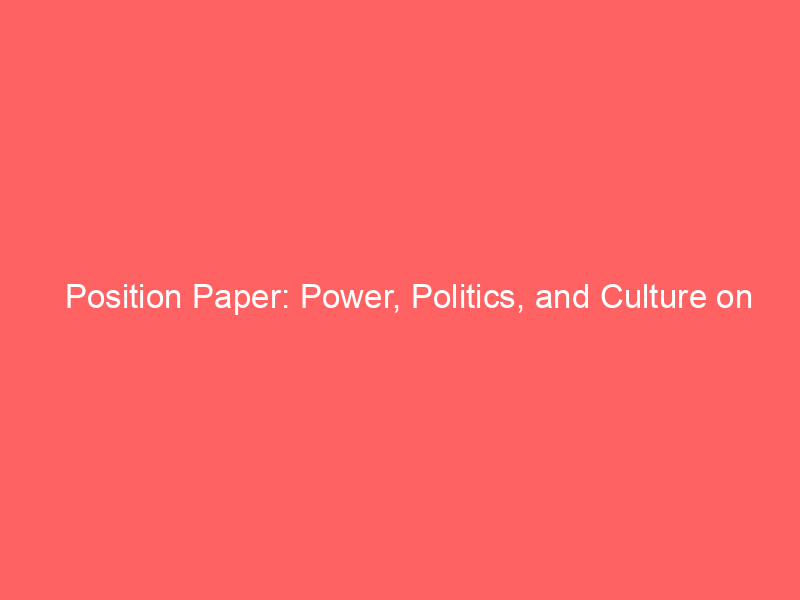 Influence of Politics and Power

Unwavering emphasis on efficiency uniquely characterizes Wal-Mart organizational culture. At the society level, Wal-Mart wields enormous power courtesy of its sheer size as the world’s largest retailer (Gereffi and Christian, 2009). The sheer size of Wal-Mart business eclipses the bargaining power of its suppliers and customers, and further gives the company an undisputed cost margin over its rivals. Accordingly, Wal-Mart has morphed its huge purchasing power into political power. Wal-Mart has, in turn, exploited its sweeping political influence in the retail industry to create a unique organizational culture defined by unrivaled discipline and mythical leadership in the retail industry. Evidently, the status of Wal-Mart as the global unrivaled low price retailer is built on a corporate culture characterized by disregard of all rule books of ethical business in the pursuit of “Always Low Prices” for its customers.

Wal-Mart sheer size as the world’s largest retailer gives it an almost monopolistic power in the price-sensitive segment by exploiting its unrivaled cost leadership advantage (Gereffi and Christian, 2009). The global presence of Wal-Mart thus gives it leverage over retail suppliers and customers as well as its global labor force. Currently, Wal-Mart operates over 6,500 stores across all the continents. The sheer size of Wal-Mart has further given the company an economic power that rivals the overall economic might of the European Union.

The enormous purchasing, economic and political power wielded by Wal-Mart gives it an equally large responsibility in managing the corporate culture for continued delivery of “Low Prices” experience to the society. Although Wal-Mart has the right to pursue its “Low Prices” goals, the company also has a corporate social responsibility to operate ethically. Furthermore, Wal-Mart management should exploit the company’s enormous power as a cultural lever to improve the company’s performance in terms of productivity and profits by using the power as leverage against suppliers and customers’ bargaining power.

Wal-Mart huge purchasing power and its associated economic and political power explain the company’s authoritarian organizational structure characterized by autocratic leadership. Evidently, Wal-Mart is globally attacked for its autocratic violation of labor laws in pursuit of its hegemonic goals in the global retail industry. Although the retail giant’s internal culture embodies self-reliance and discipline as the company’s core values, the company’s corporate culture is corrupted by the meta-culture characterized by quasi-monopoly power (Aoyama, 2007). Accordingly, although Wal-Mart leaders are committed to self-reliance and discipline values, the hegemonic ambitions of the retail giant corrupt their behavior to engage in power excesses characterized by the violation of staff liberties. Wal-Mart also extends its authoritarian excesses to subvert the liberties of consumers, suppliers and rival retailers in the global retail industry.

Wal-Mart intrinsic culture and meta-culture are mutually related. The company’s meta-culture is thus a byproduct of its corporate culture. Evidently, an embodiment of self-reliance and discipline as the corporate culture behind Wal-Mart economic and political might explains the company’s authoritarianism. Accordingly, fostering a more egalitarian leadership at Wal-Mart requires a change of the company’s corporate culture as the driver of its authoritarian meta-culture. Wal-Mart should, therefore, exploit its hegemonic power and influence in the society equitably and ethically. Furthermore, the company should exploit its might to promote rather than subvert social justice as well as build a good reputation in the community as a socially responsible retail giant.

Wal-Mart is infamous for the authoritarian style of its executives who pressure store-level management to extract maximum revenues from stockers, clerks and low-tier managers. This authoritarian leadership style reflects Wal-Mart business strategy and corporate culture that uniquely defines the company since its establishment. Evidently, the company is characterized by a hyper-centralized leadership that dates back to the Bentonville, Ark and Protestantism meta-culture influence at the start of Wal-Mart in the 1950s and 60s. This authoritarian and hyper-centralized leadership drives Wal-Mart outstanding success, albeit at the expense of its corporate image. Wal-Mart authoritarianism and militancy gives the company an unrivaled cost leadership advantage in the home retail market and globally. However, this authoritarian leadership stretches the retailer’s operating margin through payments of billions of dollars as damages to former employees for breach of state hour and wage laws (Gereffi and Christian, 2009). Similarly, Wal-Mart authoritarianism and militancy has led to the loss of corporate ethics enthusiastic customers due to various labor laws violation scandals. Evidently, some neighborhoods have successfully lobbied against the opening of Wal-Mart stores in their neighborhoods as a protest against the numerous accusations leveled against the retailer for ethical violations of employees’ rights across the globe.

Wal-Mart bureaucratic leadership style further extends to its overseas locations in China and other countries. Evidently, representatives of the All-China Federation of Trade Unions (ACFTU) are handpicked by the company executives rather than appointed by workers. Similarly, Wal-Mart directly pays ACTFU dues on behalf of workers as a fraction of their payroll. Wal-Mart also offers an individual rather than collective labor agreement contract document to workers. This bureaucratic stifling of workers’ rights gives Wal-Mart a high-profit margin through control of wages costs. However, the union’s lawsuit against the company for violation of workers’ rights inflicts a heavy cost burden on the retailer. Labor laws violations also dent Wal-Mart corporate image.

The outstanding performance of Wal-Mart in terms of growth and profit confirms the effectiveness of its organizational culture, which defines the retailer’s competitive advantage. Furthermore, the success of the retailer reflects the strategic integration of Wal-Mart organizational culture and its organizational structure (Aoyama, 2007). In particular, the success of Wal-Mart is driven by its bureaucratic organizational culture characterized by vertical lines of authority and command. Accordingly, the retailer adopts a top-down management strategy whereby mandates and directives flow from the executives through middle managers to the rank-and-file workers in the retail stores. Wal-Mart also embraces goal-oriented leadership whereby workers are organized into groups to accomplish certain functions. Goal-oriented leadership involves providing the group with both resources and environment ideal for accomplishing the set goals as well as managing leadership behavior and conditional factors that influence the group’s performance.

Although the bureaucratic leadership and hegemonic power of Wal-Mart drive the retailer’s leadership position in the global retail industry, they contribute to several shortcomings of Wal-Mart business. Such shortcomings include the inflexibility of the organizations to adapt to new niche markets with completely different customer values and assumptions. Similarly, bureaucratic leadership limits Wal-Mart adaptation to organizational changes due to the lengthy decision-making process that involves corporate executives at the retailer’s headquarters in the US and middle-level managers.

Wal-Mart should adopt a niche-specific organizational culture as opposed to the imposition of a universal organizational culture. A niche-specific culture requires market research on the retail experience of the target market for alignment of the business strategy with the values and assumptions of the customers. Wal-Mart should also integrate corporate social responsibility as an asset rather than a liability to its business successes. Such corporate social responsibility involves divesting from its “sweatshop” image by ending subversion of workers’ rights and through the promotion of social justice. Wal-Mart should also use its economic and political might responsibly rather than as a tool to stifle competition.

Aoyama, Y. (2007). Oligopoly and the structural paradox of retail TNCs: an assessment of Carrefour and Wal-Mart in Japan. Journal of Economic Geography, 7(4), 471-490.