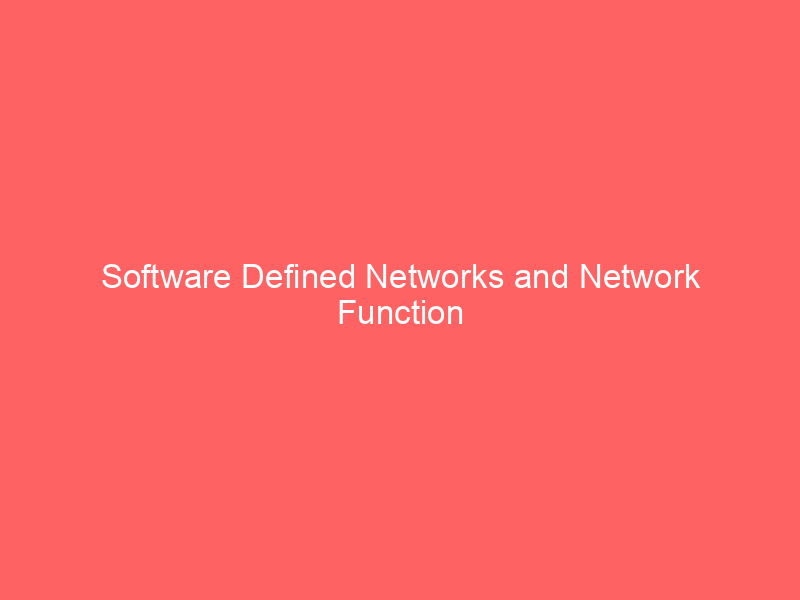 Mobile phones and wireless technology connection have grown incredibly within the past three decades. Currently, the third generation and fourth generation mobile technologies are the main systems that provide connection using Interment Protocol core networks (Glisic, 2016). They as well focused on providing seamless links to mobile networks such as third generation, Long-Term Evolution, Wireless Local Area Network and Bluetooth. The fifth generation is going to be the user-centric idea in its place of operator-centric concept that third generation use or service-centric that fourth generation technology use. Cellular stations will have ability to combine several in-flows from various technologies. Multi-mode cellular stations have been seen to the fourth generation mobile networks. The objective is to deliver distinct end-user station that cooperates in various wireless networks and stand the structural problems of power consumption and cost (Chochliouros et al., 2016).

Open wireless design is targeted to back several current wireless air interfaces as well as future wireless communication standards in an open design environment (Jia, 2015). Nevertheless, the growing demand and the varied designs of cellular movement put a growing pressure on mobile networks. To take care of the large amount of information transmitted by the new technologies and programs, the future fifth generation of wireless technologies or cellular broadband networks will provide the basic setup for billions and billions of new devices with less anticipated movement designs will connect the network (Seddiki et al., 2016).

Fifth generation wireless technology networks must allow the design and use of huge volume and large connections of multifaceted and powerful mixed setups (Osmani et al., 2014). Consequently, (Ran et al., 2015) networks must be able to handle the multifaceted setup of processes to back the rising varied set of new and the unanticipated technologies, end-users and programs such as smartphone, smart cities, cellular manufacturing computerization, automotive connection, machine to machine functions, video surveillance among others all with exceptionally different needs, which will drive cellular technology networks performance and abilities to their limits (Zhang and Chen, 2016). Furthermore, it must offer elastic and scalable utilization of every existing non-contiguous variety such as further Long-Term Evolution improvements to back small-cells, Future Radio Access for passionately varied network placement situations, in an energy effective and safe way (Detti et al., 2011).

To deal with these main issues, there is need to improve future network technologies using intelligence, to continue to positive placement and understanding of a strong and robust wireless technology globe (Parniewicz et al., 2014). Principles of virtual network administration and function, network function virtualization, and Software Defined Network are re-defining network design to back new needs of the new system for future networks. Software Defined Network methods are now the favourable technologies that will take broadband networks to the next level and which will probably play an important function in the development of fifth generation wireless technology networks (Kim and Feamster, 2013). Therefore, the future Software Defined Network connected fifth generation infrastructures have to appropriately discourse main issues and needs motivated by numerous community, end-users and mobile operators, which will give them better autonomy to stabilize functional parameters, like network flexibility, service presentation and superiority of understanding (Kong et al., 2010).

Software defined networks is a fresh model move in broadband communication networking, getting a growing attention from mobile sector and researchers. Equally, Networks Virtualization and Networks Functions Virtualization are attaining adhesion in the telecommunication sector (Kong et al., 2010). Attached collectively, they give way to fresh prospects in network technology designs, administration, functions and control. Terrestrial and satellite technology networks have continuously changed in different ways. Terrestrial network technologies are in continuous. Satellite network technologies have conventionally been seen as for certain functions or as backup technologies in famous markets like air and sea coverage and therefore depend on network technologies protected by major industry actors (Chowdhury and Boutaba, 2009).

The use of intelligence in fifth generation broadband networks will deal the complexity of unrelated networks by stipulating and offering adjustable resolutions to take care of network heterogeneity (Marković and Rakočević, 2014). Software Defined Network as the emerging intelligent structure for network programming will transfer the controlling plane external to the switches and allow peripheral regulating of data using a rational application object known as supervisor (Wu et al., 2017). Software Defined Network offers modest concepts to define the modules, roles they perform, and the protocols to administer the accelerating plane from a local supervisor through a protected frequency. This concept arrests the shared requirements of accelerating object for the mainstream switches and their transmission objects. This central up to date view will make the organizer appropriate to do network administration functions whereas letting calm adjustment of the network performance via the central regulating plane (Basta et al., 2014).

According to Chowdhury and Boutaba (2009), network virtualization permits the design and co-occurrence of manifold remote and autonomous virtual systems on a common network set-up (Basta et al., 2014). A virtual network is a rational network with certain devices within the network such as servers, switches, routers among other nodes and connections virtually separate. A virtual component is a construct of a network component that is frequently stored on a sole physical computer known as the server. It performs network activities like routing, accelerating and responding to user queries by using a section of the resources of the server computer. Resources assigned to virtual network components are as varied as central processing unit, unstable storage, network lines, backups, and switches among others (Chowdhury and Boutaba, 2009). Equally, a virtual connection is a concept of a network connection that is setup on single or several physical connections or physical routes. It uses communication resources such as physical connections’ bandwidth and transferring resources at the navigated physical devices (Basta et al., 2014).

According Basta et al. (2014), among the very interesting complementary technologies of Software Defined Network that has the possibility to intensely affect the future fifth generation networks and how to refactor the design of heritage networks, is virtualization of as many network activities as one can, a concept commonly known as Network Function Virtualization (Chowdhury and Boutaba, 2009). The aim of Network Function Virtualization is to virtualize or softwarize a network into a set of network activities by setting them up into application bundles, which may be accumulated and bound to generate similar services offered legacy network. It is likely for instance to set up a virtualized Session Border Controller so that it protects network setup more simply than mounting the conservative compound and costly network equipments. The idea of Network Function Virtualization is inbred from the conventional server vsoftwarization that can by mounting several virtual machineries handling various operating systems, applications and methods (Chowdhury and Boutaba, 2009).

Conventionally, network users had constantly favoured the use of special extraordinary accessible black box network equipments to set up network (Chowdhury and Boutaba, 2009). Nevertheless, this obsolete method unavoidably leads to long time to market (CAPEX) and needs a good employee (OPEX) to organize and use them. N Network Function Virtualization technology’s main objective is to construct an end to end setup and allow the merging of various mixed network components by transferring network activities from special hardwares into general purpose computers or storage boards servers. Network activities are executed in application bundles that are installed in virtualized setup, which will permit for fresh flexibilities in operationalizing and administering cellular networks (Basta et al., 2014).

The other significance area in fifth generation carrier grade cellular network that can be enhanced by employing Network Function Virtualization in cloud setups is flexibility (Kim and Feamster, 2013). Employing network activities in information centres permit apparent relocation between either virtual server or actual computers. Moreover, executing cellular network activities in information centres will permit additional flexibility in the context of resource administration, transfer, and surmounting. This positively affects growth of systems and energy effectiveness of networks, as over provisioning is avoided by simply utilizing the required volume of resources (Wu et al., 2017).

In this proposal, the researcher will examine how Software Defined Network, network virtualization and Network Function Virtualization may improve broadband setups or designs to realize the aforesaid aims. Through applied use cases, the researcher will exhibit the benefits that will come out from the incorporation of these evolving models into communication broadband networks (Chowdhury and Boutaba, 2009).

Evolutions, merging and inventions are the main drivers that will take broadband technologies to fifth generation in order to meet an extensive variety of services and programs necessities of the information age. To this end, broadband networks need be structured with the future well taken care of. This will allow hardwares to be abstracted and dynamically used via network virtualization techniques, which is reason an all-inclusive Software Defined Network and Network Function Virtualization approaches are supreme (Glisic, 2016).

The fifth generation networks are a mixture of several systems and several technologies which require sharing the frequency scale and the physical organization. However, wireless network technology and broadband technology networks will bring challenging concerns concerning their incorporation in the future fifth generation wireless and mobile broadband world. Leveraging Software Defined Network and Network Function Virtualization for backing and enhancing Long-Term Evolution networks still remains an open subject that must deal with the way the networks work (Liyanage et al., 2015). SatCom systems as well bring challenging problems on how satellites are going to be assimilated to the terrestrial wireless networks, in such a manner to offer mixed sections in a unified and joined manner. Security as well is an open subject in Software Defined Network-enabled fifth generation networks. The programming of Software Defined Network offers a compound set of issues facing the growing susceptibilities, which will transform the subtleties that surround safeguarding the wireless network setup (Masoudi and Ghaffari, 2016).