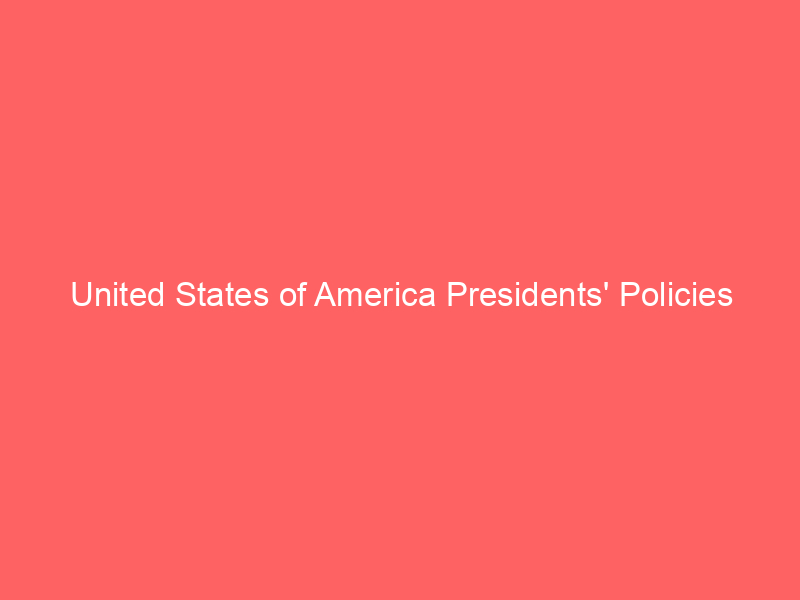 The president of the United States of America is the head of state and government of the United States. The president holds the highest ranked political office in the United states by the virtue of the office’s recognition and influence in the country. The president is obliged to head the executive branch of the federal government that is meant to ensure the enforcement of national laws as provided in the U.S. constitution (Han, pp 25).The constitution recognizes the president as the commander in chief of the armed forces. The president is also entrusted to the responsibility of signing bills into law as passed by the congress houses, and entrusted with the responsibility of forming a cabinet of advisers. Through an advice from the cabinet and the consent of the senate, the president is authorized to make treaties, appoint ambassadors, federal judges, and the justices of the supreme court. The term of service for the president is four years and it is limited to two terms. This was passed into law on the 22nd amendment of the constitution which was ratified in 1951.

The executive, whose key figures include the president, the congress and the judiciary are the three main branches of the federal government. The three branches are highly interrelated and interdependent on the sense that none can run on its own. They are expected to work in a coordinated manner on ensuring that the government achieves its mandate. The president’s policies are certain to impact the effectiveness and efficiency of the other branches. The congress and the judiciary are autonomous institutions that are meant to address the public interest and conserve the constitution respectively. There are a number of presidential policies that have been occurring overtime following the different regimes of governments. Some of these policies are provided as below and on how they affected the other branches of the government according the regime of various US presidents. The paper has however focused much on the contentions that arose between the president and the congress following the various policies that were advocated for by various presidents.

Gerald Ford as a US president policies were enacted in his first days in office despite being faced with opposition from the democrats dominant congress. He mainly focussed on curbing inflation. Gerald later in his regime, he shifted to reducing recession, enhancing economic growth and placed precautions to counter inflation. While in office, Gerald vetoed numerous non-military allocation bills that assisted in reducing the numerous budget allocations on the overstretched budget. He mainly concentrated on reducing taxes and the controls created by regulatory boards with an aim of enhancing a favourable business environment. Gerald vigorously fought in maintaining the United States’ prestige and authority after the fall of South Vietnam and Cambodia. He also made it his key objective to prevent war in the middle east. The above policies adapted by Gerald can be perceived to have to have been strained mostly by the congress that was dominated by democrats. The pitch was felt more especially in the situation where he vetoed a number of bills that were passed by the congress following his economic policies.

Jimmy Carter as another United States president, his policies were directed to combating inflation and unemployment. During his regime, there was an increase of job opportunities of about eight million jobs and a decline in the budget deficient(Robert, pp25). In domestic affairs, he managed to improve energy utilization through national energy policy and increased the number of discriminated population in the public service. The success of Jimmy Carter regime followed from the massive support that he received from the congress that accounted for most of his success, making it unlike the case for Gerald who had a lot of opposition from the congress.

John F. Kennedy as the United States president also had his policies. His policies were mainly directed on reducing tax burden on income earners. The pattern of taxpayers was to be reshuffled on enabling the government to attain the required revenue in the long-run (Jimmy, pp68) The debate on reducing taxes however took a longtime in the congress that was dominated by the democrats, basing their argument on the reason that it was likely to trigger investments and spending. Therefore, the success of John F. Kennedy on cutting down taxes can be perceives to been aided by the support of the congress.

Ronald Reagan coming into power, his policies were still focused on reducing the tax rates. He aimed at reducing the tax that was levied and forming a small government that was certain to require less expenditure to keep its operations. This was evident on Reagan signing the tax cut policy into law, that enabled an increase in the total revenue from five billion to one trillion dollars (Bevery, pp37). However, this had an impact of increasing the national debt that increased in more than three folds. The tax cut policy impacted spending positively following the increase in the disposable income among the income earners. The passing of the tax cut policy into law can not be perceive as being an effort of Reagan himself, but following the support than he received from the congress. This was among his campaign promises that enabled him to climb into power. He could have not realized this success if he had not got the support from the congress.

George Bush Senior introduced the most recent and significant tax cut. The move was positively taken by the heritage Foundation that argued that the policy was shouldering more the rich and was considerate to the poor. Bush has been criticized several times for giving tax cut to the rich. He defended his position that the tax cut was running at a profit, a thing that his critics really disagree with. Nevertheless, in the recent past, the policy has really received support at state and the Congress level from a Democratic governor, Bill Richardson. Richard seconded Bush’s view in that tax cut were spurring economic growth.

Clinton, the 42nd American president came into power through a turbulent political campaign. He was faced with numerous personal attacks that were emanating from his actions and character during the Vietnam war (Jeremy, pp201). There were allegations of infidelity that Clinton actively opposed in a televised interview. Clinton and his wife Hillary vowed that their marriage was stable. In 1993, Clinton came under great pressure with the military leaderships following his pledge that homosexuals ought to be allowed to serve in the armed forces. However, he agreed to a compromise that came to be commonly referred to as don’t ask don’t tell policy(ibid). In his first year as the president of the United States of America, things were not easy on his side. He got engaged in numerous wrangles with the congress over the federal budget and the economic policy. Clinton’s second year in office was never better, he received heavy criticism from stakeholders of various offices over welfare reforms, health care and the prevention of crimes. Concerning the issue of health care, a package that was meant to reform the sector and which was initiated by his wife failed to breakthrough. Following the rebellion, Clinton had no choice but to change the view he had initially held of massive overhaul to gradual changes.

Despite the failure, Clinton also had positive contribution during his tenure. He experienced numerous achievement when the North American Free Trade Agreement (NAFTA) was passed. The agreement took effect on January 1, 1994. In 1995, World Trade Organization was established (WTO). This was after the Global Agreement on Tarrifs and Trade (GATT). It was also during his tenure that the congress passed a deficit reduction bill and the rules that allowed abortion counsellings to be carried out in clinics that were funded by the federal government and commonly refereed to as Brady bill and the national service program. Having been elected on an agenda that focussed on domestic economy, foreign affairs really thrived under his tenure. Internationally, he gained popularity over the signing of Israel-Jordan peace treaty that took place at the white house in 1994. His promises of supporting Russian president Boris Yeltsin financially added a list of scores into his account. All these treaties were possible following the support that he received from the congress.

After the elections in the year 1994, the congress was dominated by republicans and this resulted to numerous disagreement between the White house and the Capital hill over the balancing of the budget and contracts that America was having with GOP’S as the then speaker of the house puts it. As a result of the significant contribution to the growth of the economy, Clinton was reelected for a second term. He became the second democrat president to be reelected. In 1997, it was possible for Clinton and the republicans to arrive at an agreement over the balancing of the federal budgets in three decades. In1998, Clinton found himself on the wrong side of the law when he entered the scenes by being the first president of the United States to give a testimony to a grand jury that was looking into his own possible acts of crime. With the increased ethnic cleansing in Kosovo in 1999, Clinton and Blair initiated the NATO Intervention. This resulted to a 78 – day bombing attack until the Serbian president signed a peace treaty. Clinton was sharply criticized as he held the deployment of the NATO ground troops.

President Bush’s most controversial policy was war on terror. This was after the September 11, 2001 attacks. The attack was believed to have been done by the Al-Qaeda. Bush declared war against Al-Qaeda leaders and its sympathizers (Rodger, pp67). This led to the deployment of the American troops in Afghanistan to oust the Talibans out of power as they were strong supporters of the Al-Queda. The fight was extended to Iraq, and other places. There has been a lot of criticism on Bush administration for holding thousands of individuals, and in addition a considerably high unknown number of children in Guantanamo Bay, Cuba without trial. Majority of these were accused of being connected with the Al-Queda or the Taliban. The congress did not go well with this policy as it claimed that the presence of the American troops in Iraq and Afghanistan was exerting excessive load on the United States financial budget.

Conclusion. Despite the president being the highest ranked office in the United States, the president is duty bound. The congress has the mandate to amend the constitution and to discuss all bills before the president gives the consent. The congress can also impeach the president in case he acts against the expected code of conduct. The branches of the government need to work in a coordinated manner if the intended goals were to be attained as one branch is likely to undermine the effort of the other. The excess of one branches are checked by the other branch, that is, the president checks on the excesses of the congress and return route also happens on addressing public interest.